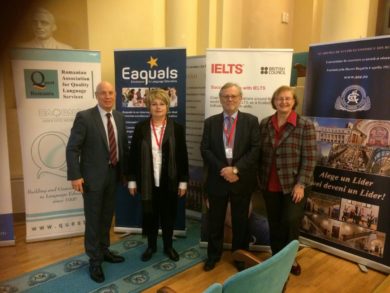 The International Association Eaquals was represented by Mr Michael Carrier at the 2017 QUEST Romania conference, jointly organized with the Department of Modern Languages and Business Communication of the Faculty of International Business and Economics, the Bucharest University of Economic Studies. Michael Carrier delivered the opening plenary: “English for Professional Contexts and the Internationalisation of Education in the 21st Century”, and moderated the Quest & Eaquals roundtable on “Quality Assurance, Professional Development and Internationalization”.

These joint international conferences, which took place in the Aula Magna of the Bucharest University of Economic Studies, attracted a great number of participants and attendants from all over Romania and from abroad. There were over 200 enrolled participants, business, economics and language education professionals. However, the plenary event had a much larger audience, including students, the press, representatives of various public agencies and diplomatic corps, etc. Important members of the authorities, from the Parliament, the Ministry of Foreign Affairs and the European Commission Office in Bucharest addressed the theme of the Future of Europe in their opening speeches.

The contribution of Eaquals and the participation of Michael Carrier, as a representative of Eaquals, were highly appreciated, both for the plenary keynote presentation (attended by over 200 participants) and the contribution to the workshop “Interdependences – Quality Assurance, Academics’ Professional Development, European Projects & Internationalisation of Higher Education”, and the moderation of the round table on “Quality Assurance, Professional Development and Internationalization”. These afternoon sessions attracted more than 50 participants, including language teachers from both secondary education and HE, as well as academics of other specialisations teaching via the medium of English. 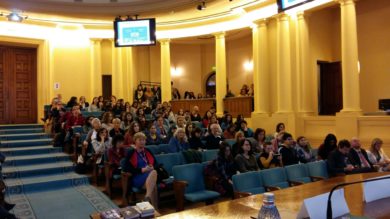 The Eaquals roll up banner featured prominently in front of the audience, giving high visibility to the association. The Eaquals logo was visible on all conference materials (e.g. the Conference Programme, the Book of Abstracts), as well as on the background slider projected in the plenary hall. All the participants in the joint QUEST & “Synergies in Communication conferece” received the Eaquals flyer in their folders and the participants in the “Quality Assurance” workshop and roundtable received also the Eaquals brochures and Eaquals-TDFRAM.

The events enjoyed wide media coverage, including the national television, which featured an interview with the Dean of the Faculty of International Business and Economics. The joint conferences and Eaquals’ participation were disseminated via e.g. the university’s website of the conferences, the ‘events in images section’ of the website, social media – FB (e.g. the conference FB page), twitter (e.g. by the University of Zaragoza GLE Project), the printed programme, the Rector’s Newsletter, as well as the Council of Europe/ECML EDL database/website. This ensured a good visibility for Eaquals and QUEST Romania. 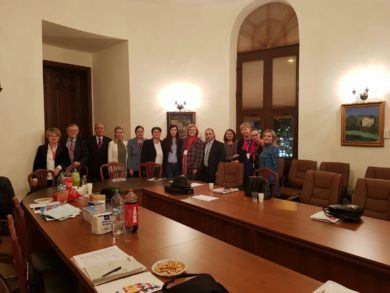 We are thankful for the support that we received from Eaquals, which allowed us to bring over such an experienced speaker and language services consultant as Michael Carrier. His presence was truly meaningful and he delivered a professional image of the future role language services need to play in the internationalization of higher education and of education, in general. 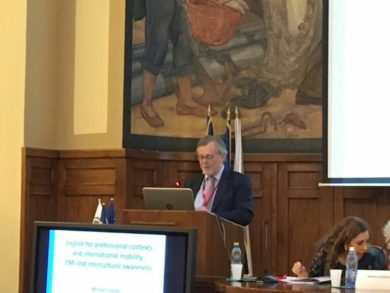