Skip to main content
E-Zine
Added on May 28th, 2018 in Members News

When John Walsh arrived in Bournemouth, he set off a chain of events which has resulted in 44 years of selling English Language Teaching (ELT) books worldwide. With teaching as a volunteer with VSO in Thailand as his background followed by becoming an ELT editor with the Longman Group (now Pearson), John founded The Bournemouth English Book Centre (BEBC) in April 1974. 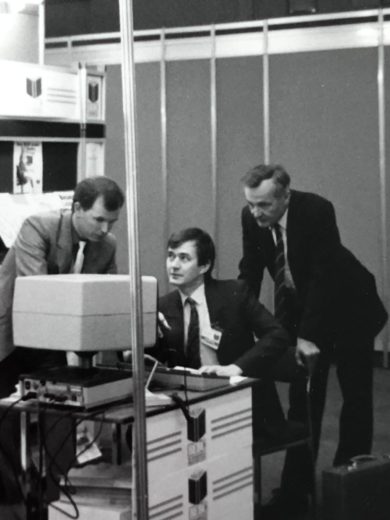 Catering for students of English as a Foreign Language, and originally intended to service the needs of the local language schools, BEBC quickly established a reputation for speed, service and stockholding. Now known locally, nationally and internationally, John and all the staff have established, and are proud of, our reputation for holding both the titles and the level of stock necessary to meet the needs of our customers. BEBC is a one-stop shop for ALL publishers’ titles and our prices are highly competitive.

During BEBC’s history, John has run bookshops in Bournemouth and inside a language school in London, as well as having a general bookshop in the Bournemouth area.

It was John’s idea to publish ‘The Critical Guide to ELT Materials’ as an annual catalogue, show-casing titles from all the main ELT publishers. It originally appeared in hard copy, then became a downloadable product and was also viewable online in flipbook format. Recently, the catalogue has become available in 6 separate brochures covering the main categories of English Language Teaching but the work remains highly regarded within the industry and is a quick reference for teachers, school secretaries and students.

John’s expertise and professionalism shine through everything he does, and he really knows about the books he sells. Beyond his obvious management skills, he’s insightful, discerning, and extraordinarily prescient – 30 years ago he accurately predicted the shape of ELT publishing today.

Over the last nearly 50 years, BEBC and John have become the best known of all UK ELT specialist booksellers. There have been a few imitators, but John is the Real Thing. Starting way back in the heyday of the ELT world, and himself coming from its heartland, he is better placed than anyone to offer supply of ELT materials. His reputation globally is of the highest, and his catalogue of ELT materials is a classic requirement on the desk of any senior editor or publisher. Throughout a long career, John has refined and developed his business in creative ways, which is the mark of someone for whom this is a passion rather than simply a business. John has a comprehensive, holistic view of ELT, together with the attention to detail which makes or breaks a business.

Current offers from BEBC include: