The conference was a great success and we would like to thank Eaquals for their enormous support. Duncan was a great, inspiring presenter, with a good sense of humour and, with a great human touch. Thank you Eaquals, once again.

Croatian Association for Foreign Languages has just held its 3rd in a row conference sponsored by the Eaquals annual Event Fund. After the first two successful conferences which were dedicated only to English speaking participants, this one involved one more language, out of many which are being taught in Croatia as a foreign language. The most taught and learned one, after English is German language. The response from both speakers and participants was unexpectedly good! 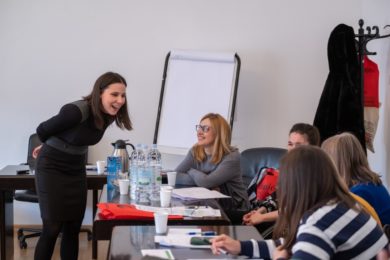 The conference speakers who are experienced teachers, teacher trainers, coursebook writers, international speakers, game designers and writers for the national publishers, all proved to be very skillful and at the highest professional level. The conference had two joint plenaries given by Duncan Foord from Oxford TEFL on ever innovative topics of Leadership and Coaching. The rest of presenters were Croats, two with presentations in English and three in German. They ranged from Business Etiquette in German, Motivation in a German Class, to the Magic of Storytelling and the Importance of Metaphor. All the presentations bubbled with innovative games, activities, and quite tangible things to be used in one’s own class. Therefore, the tastes of the audience which consisted of foreign language school teachers, DOSs and managers, but also secondary and higher education teachers, were more than satisfied. CAFL organisers cannot feel but happy with the conference results. Thank you, Eaquals! 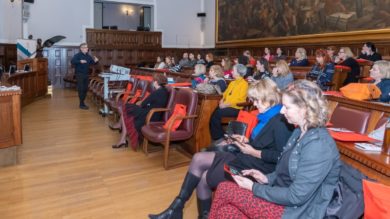 General info on the conference
The conference was held on 6th March. It started at 9.00 and finished at 15.00. There were 50 participants. The conference started with a talk by Irena Ziger giving a brief history of CAFL, its achievements in the period since it was founded, current projects and aims, CAFL association to Eaquals, the importance of being a member and, of course, about benefits to CAFL within the CCE. This was followed by the Duncan Foord plenary on Leadership, after which participants were divided into two strands – for German and English language participants. After lunch for all participants, in the hall area in front of the auditorium there was a brief presentation of the joint company OUP, Profil and Klett and the books they supply for all ages and all languages that foreign language schools teach.